Read the review of Codename Diablo from marcfusion.com

Plot: The world faces a clear and present danger, as the nefarious forces of S.C.U.B.A. have managed to acquire the Diablo death ray weapon. Under the leadership of Contessa D’ell Oro (Lady Remedy Ann), the evil, but well lubricated henchman secured the weapon and now, mankind is in serious trouble. But word of Diablo’s theft has reached the heroic halls of O.M.E.G.A. and that means help is on the way, as a trio of elite and unstoppable operatives have been dispatched. Kitty Steele (Lilly 4k), Monique Power (Mary Madison Love), and Barbie Blonde (Martina Big) are on the case and there’s no bigger heroes around. These ladies have martial arts skills, ace marksmanship, and of course, all kinds of cutting edge gadgets, including exploding lip gloss to help make the most of their seductive powers. But can even these three top-heavy heroes take down the entire S.C.U.B.A. organization?

Entertainment Value: This one is a half hour of breast power, in a wild tribute to the films of Russ Meyer and Andy Sidaris, as well as general large chested girls with gun cinema the world over. The tone is beyond over the top, with outlandish scenarios and all kinds of innuendos, campy performances, and of course, massive breatss barely contained by the skin tight costumes. The action is of course silly in nature, so don’t expect intricate, well choreographed set pieces, but the humorous tone should make that more than clear. Of course, some will find the silliness to be a bit much, but as this only runs about 30 minutes, I don’t think it overstays its welcome. The ladies involved have the physical prowess to pull off the roles and while their thespian skills are, well questionable, that is part of the fun. As a quick bursts of old school girls with guns fun, I think Codename: Diablo is a hit.

No nakedness. A lot of larger than life boobs barely covered, but these giant melons are never revealed. The movie has some blood involved, but it is cartoon style CGI visual effects, so it is never graphic or realistic. In the numerous gun battles that unfold, CGI runs rampant from the blood to the muzzle flashes, which I think bolsters the movie almost comic book feel, or video game perhaps. The entire movie is so over the top, some hilariously bad visual effects add to the fun in this case. There are even entire action sequences that play out like a video game cutscene, with CGI versions of our leads battling it out with waves of S.C.U.B.A. operatives. An odd choice, but it works and just piles more wackiness onto this wild ride. The dialogue is ridiculous, but fun and that assumes you can understand all the lines, which is not assured here. Some of the performers have thick accents, but even if you can’t make out the lines, it is still humorous. This one is more wacky than insane, but it does have some weird moments and a general atmosphere of silliness, so it earns a couple points. 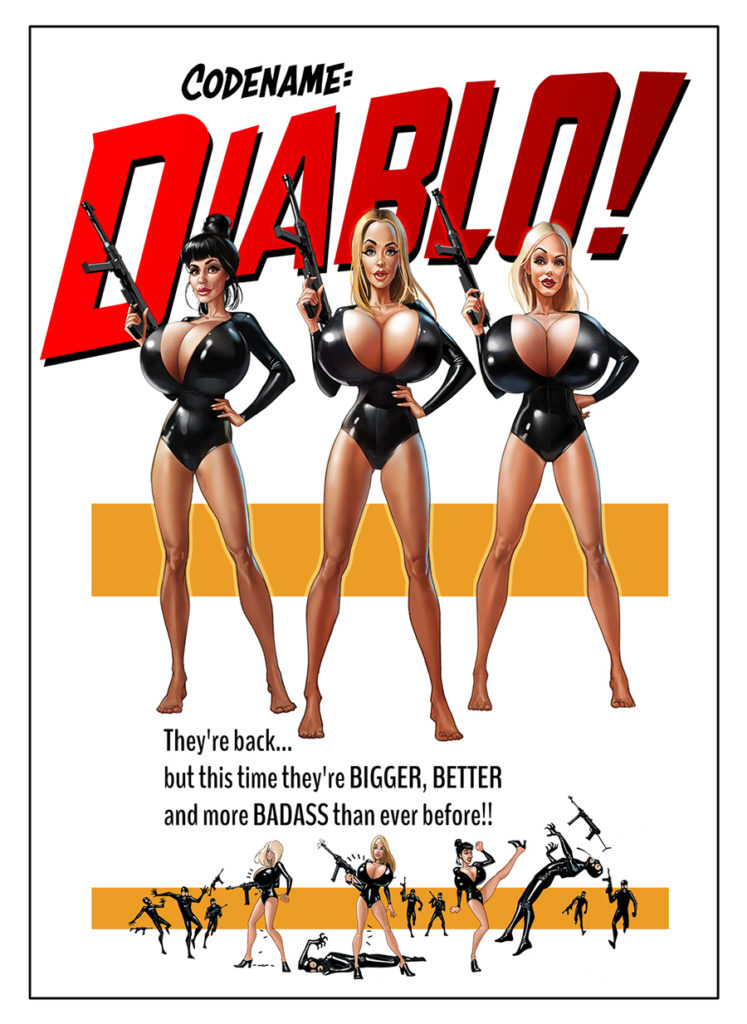