(translated to English from original review )
A trio of female secret agents are hired to arrest an ultra-sadistic villain and her all in the latex SCUBUn frogman of the Squadron takes over the world with the stolen Diablo Death Ray Gun Robo.

We are looking at a funny movie that, as we say, combines not only the well-endowed Russ Meyer style women, but also implemented the James Bond antics, mixed with the humor of Benny Hill in a modern technological environment.

We’re not going to say it’s a good movie because nobody would believe it, but, we have to say, Codename: Diablo!

It lets you see more than one and it will make you spend more than fun. We will also say that after that trio of silicone breasts, we can see a story even with some complaint but yes, never forgetting it is: a bizarre and feverish parody that tries to pay homage as we say, the era of the classic filmmaker Russ Meyer and those women with large natural breasts that are now replaced by huge silicone breasts and a domestic camera that are undoubtedly the worst of the function.

Who dares to put before this thing, perhaps not be disappointed.

Of course, only for brave and morbid. 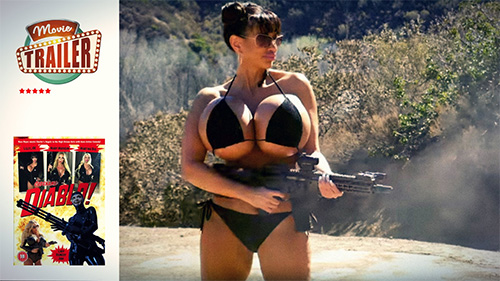