CODENAME DIABLO: About the film 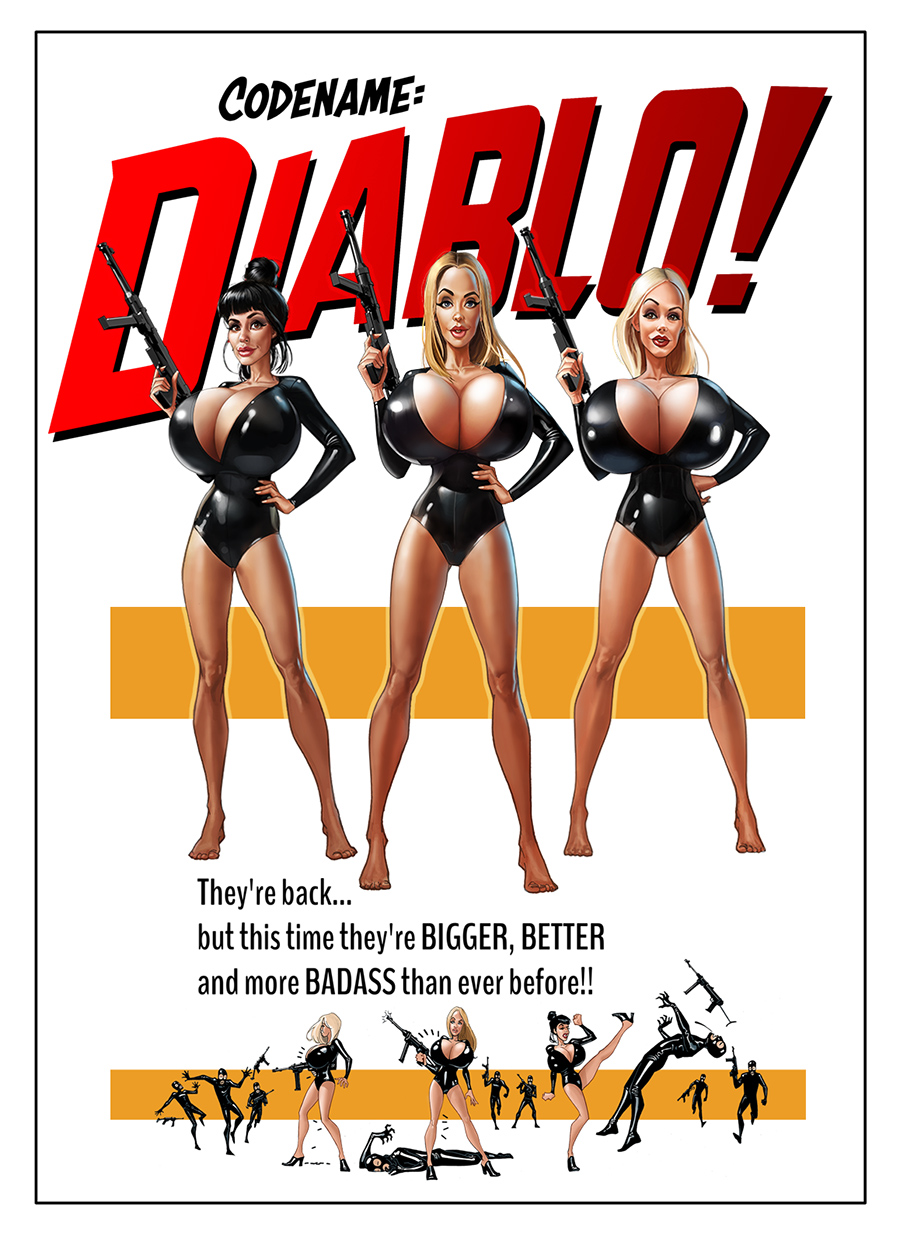 From the fun, anything goes and glamourous West coast of America that is Los Angeles  comes new Action Comedy

Many describe the film’s creator, writer and producer Dre-YS as “the Russ Meyer of the 21st century”, with his movies talked about as the best summertime grind house flicks since “Faster Pussycat Kill Kill!” and like “James Bond’s Thunderball on steroids.”

This time with CODENAME DIABLO! we have a film that is even more of a crazy secret agent ,gadget filled,bullets and bombs, 60s spy spoof of a rollercoaster action comedy  that sees our 3 heroines played by Lilly 4K, Mary Madison Love and Martina Big  as simply the most BUXOTIC ,yet lethal trio of female super spies EVER  assembled.!!

In a sea of copy cat Action Comedy movies ,CODENAME DIABLO! stands out ,not only for its totally unique twist of Charlie’s Angels and 60s spy spoof influences, but also for its totally original Russ Meyeresque take on the whole Girls with Guns genre….

….Seeing bad guys eliminated in ever wackier ways by our trio of female secret agents, CODENAME DIABLO! is not afraid to show it’s debt to Wile E. Coyote and Roadrunner, and that genius of comedy Benny Hill.

With fast paced direction by Aaron Barsky , assistant director  on Action Comedy movie hits such as Money Talks with Chris Tucker and Charlie Sheen and Bandits with Bruce Willis and Billy Bob Thornton,CODENAME DIABLO! goes for the Sidaris/Meyer  Action comedy jugular and nails it in one!

Dre-YS’s debut movie OPERATION HAVOC received international acclaim, netting him multitudes of die hard fans.His 2nd film BLONDE SQUAD has over 380,000 views on its youtube trailer alone  and was a smash following both a red carpet glitzy LA theatre premiere and a truly colourful UK theatre premiere that had  glamorous starlets begging him to cast them in his next film at both events..

Then if that wasn’t enough ,add Martina Big as Lilly 4K and Mary Madison Love’s  fellow secret agent making up the glamourous

but lethal trio and you have ,quite simply the world’s most ULTIMATE cast!!

CODENAME DIABLO! sets the bar for both independent film and the Action Comedy genre alike.

Totally in a unique niche of it’s own ,its not many films that can claim to have invented their own genre.

Always liking the wackiness and tongue in cheekness of the whole Matt Helm, James Bond,  Man from Uncle , Avengers etc..60s spy spoof genre ..with femme fatales who could use their sexiness to distract and kill enemy secret agents plus buying into the whole buxotic world of Russ Meyer ,Dre-YS has uniquely mixed his influences up to create an action packed ,fun filled hit!!

“Buxotic” in every sense of the word ,this high octane ,Girls with Guns action comedy  simply out  Russ Meyers Russ Meyer and then some.